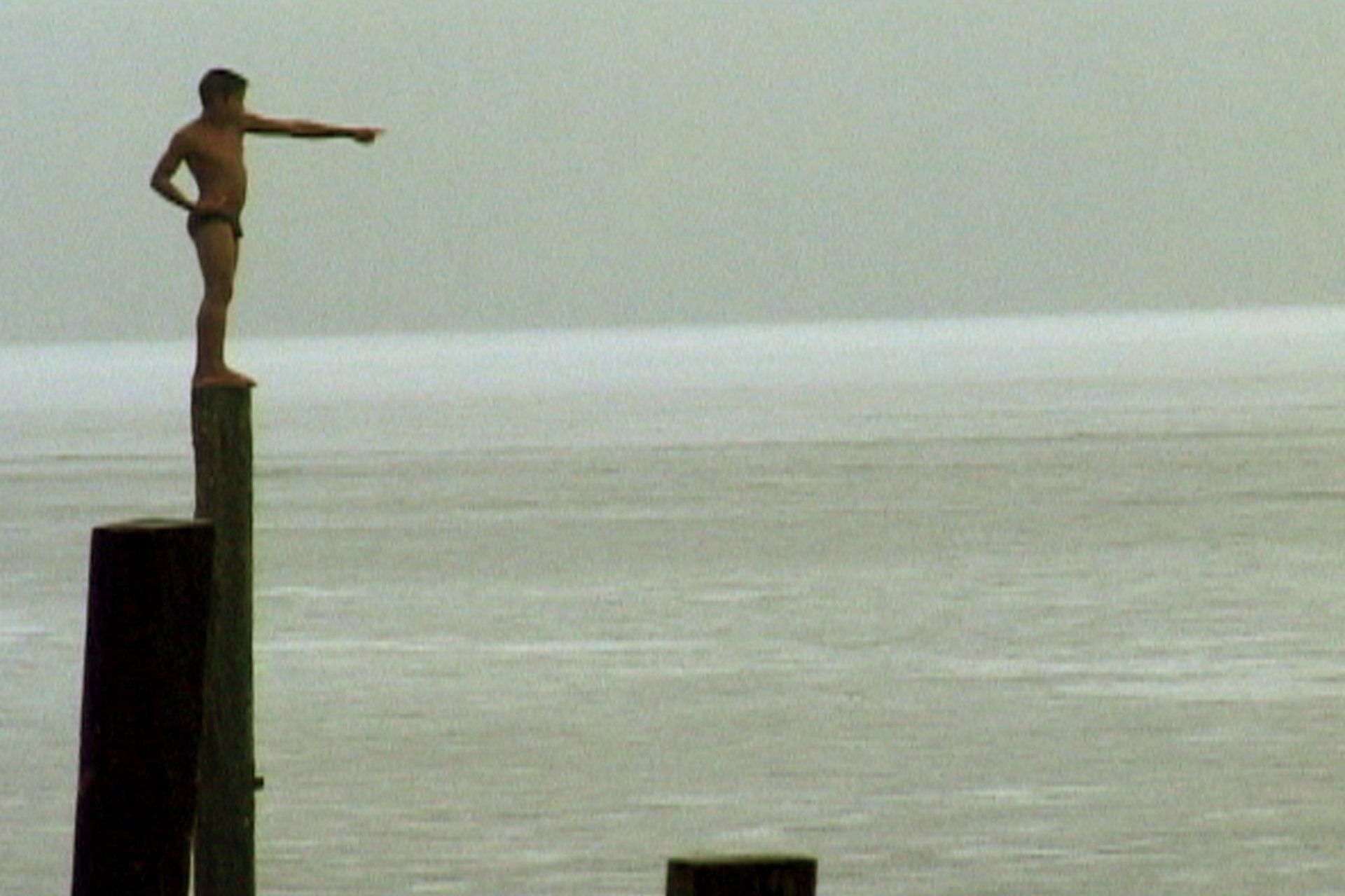 “Da Obsolescência Programada, in 3 Acts” was conceived both as a installation (also referred as ‘Crash’) and as a live audiovisual set.

The live performance version was premièred at ON_OFF festival, Itau Cultural, on July 23, 2009 in São Paulo.

The first part of the presentation includes an experiment in which the audience is asked for participation: the people entering the theater are invited to leave their cell phones switched on. In the beginning of the presentation, the audience will be encouraged (through texts projected on the screen) to raise their arms while holding their cell phones with their lit displays turned upwards. A camera placed at the top of the stage captures the lights of the devices and transmits them to a semi-opaque black screen downstage, thus working as a reverberation of the audience’s actions. The people notice the interaction as they move and their motions are seen on the screen before them. The interactors’ actions become gradually less effective and the lights projected increasingly gain their own motions, turning into drawings and patterns as they respond now to the music beats. Little by little, the upstage screens light up and the images, either abstract and/or graphic, are accompanied by sounds. Their synchronism also affects the images projected on the black screen downstage. The audience can track the motions of the cell phones and cameras by the Vimus software, developed by Jarbas Jacome, in a blob detection process (pixel-recognition of regions of the image) as it happens in multi-touch screens.

The second part of the performance establishes a progressive dialog between the images projected on the white screens upstage and those displayed on the front black screen downstage. There is an ongoing development along this way with no meaningful interruption. The images, once abstract, appear with more explicit figurative outlines, reminding attempts of constant organization and deconstruction – they may, for instance, refer to deteriorated structures, anachronistic situations or yet situations of abandonment. The images work as patterns to unleash sounds (either using geometric shapes or contrast or mapping relations of the motion of the images themselves). Here is where the parameters of the scenes may also change by means of interventions of music instruments.

The images of this act comprise footage showing the systematic destruction (with a hammer) of a series of technological items, most of them obsolete or nearing obsolescence — media such as floppy disks, VHS tapes, wireless telephones, printer cartridges, cell phones, computer keyboards, printers, light bulbs, and others. All of them are broken to pieces and produce a strong and typical sound of the material they are made of. It may be the desire of many to be on stage holding the hammer seeking to achieve a catharsis, a little revenge owing to the fact that people consume so many technological devices that will not be around for long in their lives. Over 100 sequences of such short footage (two- to six-second length, recorded in high definition) are manipulated with audio and video synchronism in a sort of duel or opposition formed by the two white screens upstage.

a test for staging the work as a live performance set